The library is looking forward to hosting Humanities to Go programs in the upcoming months. These free programs will be presented via Zoom.

January 28 at 7 p.m., Meg Mott of Marlboro College will present: 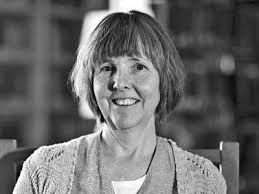 The First Amendment to the Constitution describes the process of becoming an actualized citizen. It begins with the freedom to follow a higher moral standard (freedom of religion) and ends with political protest (freedom to petition the government for a redress of grievances). This Zoom talk will consider how the Framers understood these First Freedoms and how we might think about them in the context of our current racial reckoning. Why does the First Amendment make it so hard to curtail offensive speech?
Mott’s award-winning series Debating Our Rights on the first ten amendments brings civil discussions on contentious issues to public libraries and colleges.
Topic: The First Amendment: A Talk by Meg Mott
Time: Jan 28, 2021 07:00 PM Eastern Time (US and Canada)
Join Zoom Meeting
https://us02web.zoom.us/j/89934576699?pwd=ekxwOWYvM3htbzEvcHBqaXVIbi9uUT09
Meeting ID: 899 3457 6699
Passcode: 628253
To give feedback on the program, follow this link: https://app.surveymethods.com/EndUser.aspx?FFDBB7A8FEBBAFA5F9 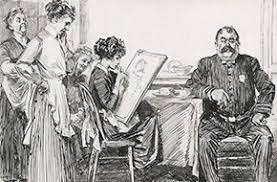 Whatever did New Englanders do on long winter evenings before cable, satellite and the internet? In the decades before and after the Civil War, our rural ancestors used to create neighborhood events to improve their minds. Community members male and female would compose and read aloud homegrown, handwritten literary "newspapers" full of keen verbal wit. Sometimes serious, sometimes sentimental but mostly very funny, these "newspapers" were common in villages across Maine, New Hampshire and Vermont and revealed the hopes, fears, humor and surprisingly daring behavior of our forebears. Jo Radner shares excerpts from her forthcoming book about hundreds of these "newspapers" and provides examples from villages in your region.

Dr. Radner is a past president of the American Folklore Society and the National Storytelling Network. 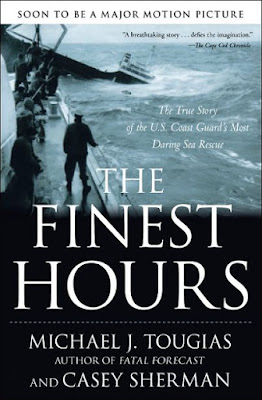 The Finest Hours: The True Story Behind the U.S. Coast Guard's Most Daring Sea Rescue

On February 18, 1952, an astonishing maritime event began when a ferocious nor'easter split in half a 500-foot long oil tanker, the Pendleton, approximately one mile off the coast of Cape Cod, Massachusetts. Incredibly, just twenty miles away, a second oil tanker, the Fort Mercer, also split in half. On both tankers men were trapped on the severed bows and sterns, and all four sections were sinking in 60-foot seas. Thus began a life and death drama of survival, heroism, and a series of tragic mistakes. Of the 84 seamen aboard the tankers, 70 would be rescued and 14 would lose their lives.

Michael Tougias, co-author of the book and soon-to-be Disney movie The Finest Hours, uses slides to illustrate the harrowing tale of the rescue efforts amidst towering waves and blinding snow in one of the most dangerous shoals in the world.

at December 28, 2020
Email ThisBlogThis!Share to TwitterShare to FacebookShare to Pinterest

The library is currently accepting donations during the hours we are open. Only clean, gently used books and DVDs in good condition will be accepted. Please call before making a donation.