Pandemic Policy
The Wilmot Library Board of Trustees approved a Pandemic Policy at its May meeting. Please follow the link above to read the full text of the policy.
We miss you!
The library is currently getting ready for a phased reopening. We are waiting for materials that will help us maintain a safe and hygienic environment and hope to be open by the first of July.
Our reopening plan will include:
1. Masks for all patrons and staff.
2. Hand sanitizer dispensers at the entrance and exit.
3. Social distancing measures.
4. Procedures to sterilize books and DVDs coming in and out of the library.
To look at the full plan, please click here. We invite comments from the public.
Don't forget!
Don't forget to check out our great digital resources! Go to New Hampshire Downloadable Books for free copies of the latest popular titles.
Curbside pickup!
Call us with your requests: 526-6804. The library continues to update and expand its collection, so if you're not sure whether we have an item, please call. Patron requests also help us choose new books.
at June 15, 2020 No comments:
Email ThisBlogThis!Share to TwitterShare to FacebookShare to Pinterest

In Memory of Tomie dePaola 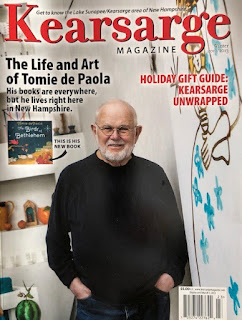 In Memoriam
Tomie dePaola
(1934-2020)
When the Wilmot Library re-opens, returning patrons will be greeted by a display at the front of the library (on your left as you come in) of the works of Tomie dePaola. Thanks to Carol MacDonald for pulling this exhibit together. 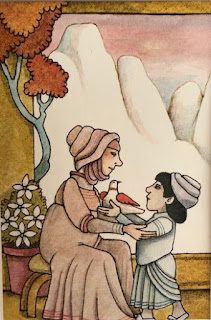 The children's book author passed away on March 30, 2020 at age 85. He wrote and illustrated over 270 books, which sold over 25 million copies. He won the Caldecott Honor for illustration, the Newberry Honor for writing, and the Laura Ingalls Wilder Medal, a lifetime-achievement honor that has been given to very few people. 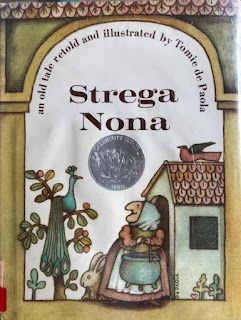 DePaola was born and brought up in Meriden, Connecticut and attended Pratt Institute, an arts and engineering school in Brooklyn. After a short stint training to be a Benedictine monk in Weston, Vermont, he became a classic starving artist. Eventually he landed a show of his art in Boston. That led to teaching gigs in Boston, San Francisco, and New London, New Hampshire. He created his most famous character, Strega Nona ("Grandma Witch" in Italian) while teaching at Colby Junior College in the 1970s, before it became Colby-Sawyer College. He also taught at New England College in Henniker.
From the age of 4, the artist wanted to be an illustrator and writer of children's books. According to a 2013 article in Kearsarge magazine, his goal was simplicity. "I don't want my art to be difficult to look at," he said. "I have chosen to put my energy into books for children, and I want children to be able to decipher the art with ease."
at May 15, 2020 No comments:
Email ThisBlogThis!Share to TwitterShare to FacebookShare to Pinterest

BOOK GROUPSThe Tuesday evening book group (3rd Tuesday) will be reading Edna Ferbers' "So Big," winner of the 1925 Pulitzer prize. If the weather permits, this meeting will be held outdoors. Call the library for details.

The library accepts donated books, DVDs and audiobooks in excellent condition. We prefer hardcover, current editions of popular works. We are also looking to expand our local history section.
Please DO NOT leave donations on the library steps.